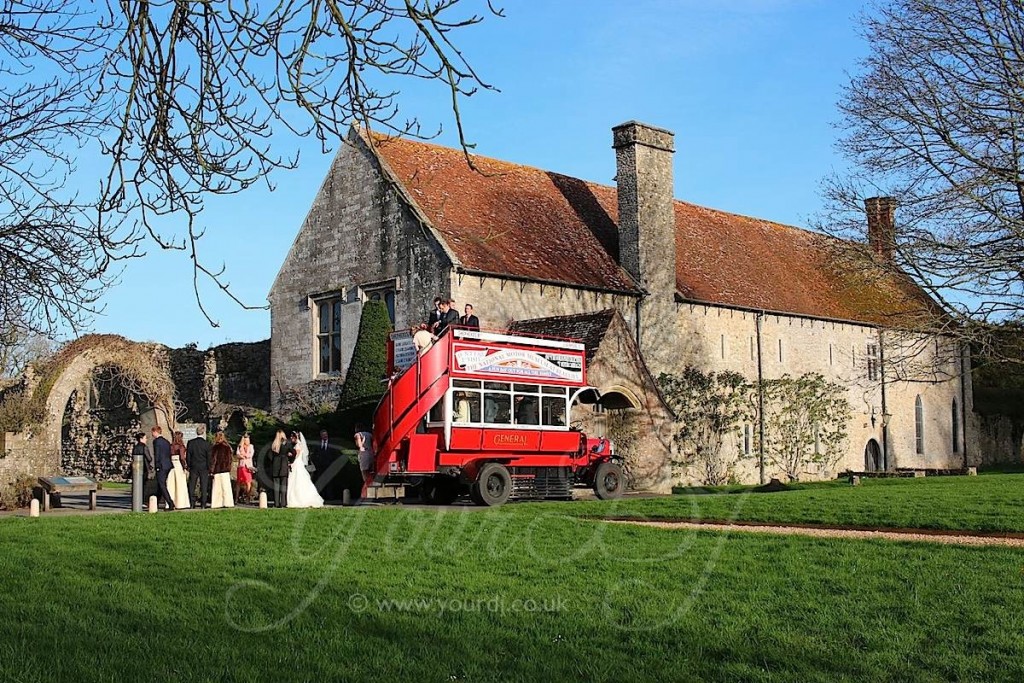 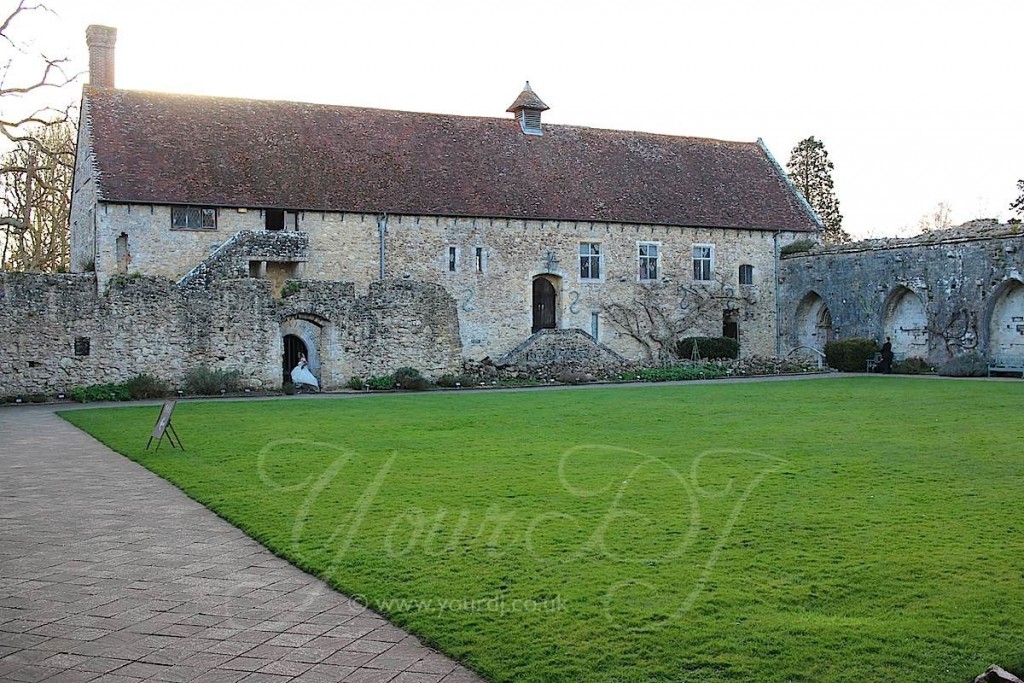 Beaulieu Abbey is a historic building full of medieval character located in the middle of the Beaulieu Estate and Motor Museum. The Abbey is the last fully standing building of what was once one of the largest monasteries in the UK. The site includes a large church (which performs weddings), a cloister/ walled area and the Domus itself. Situated in the ground of the Motor Museum, it is a popular choice for car fanatics and museum tours are available as part of the wedding package. Also, in the immediate area, is Palace House (the seat of Lord Montagu) and the quaint riverside village of Beaulieu.

Weddings at Beaulieu Abbey (the Domus):

The weddings at Beaulieu Domus are managed and run by Compass catering company and over the last 10 years we have been consistently impressed with the standard of their service. The food is obviously amazing but so too is the planning and organisation. Unlike a hotel, the Domus only provides the space for private and corporate functions (weddings mainly), so their attention to detail is second to none. This venue will suit you if you like characterful architecture as well as high banqueting standards. You can get married in the Domus itself, which is best described as a Tudor hall. It has a large beamed ceiling, huge brick steps and a massive fireplace. The tapestries on the wall tell the story from the creation of the monastery to its abolition during the Reformation.

The drinks reception usually happens in the walled area just outside, and sometimes in the rooms downstairs (which look amazing with our LED uplighting). The wedding breakfast and evening’s entertainment occur back in the main room and, if you like formality, the brick steps make an excellent area for a receiving line. We normally set up under the stage near the small wooden steps (see below) so that we’re on floor level and can be in contact with your guests for requests and other formality management. The LED uplighting and initial projection on the walls and curtain look amazing all day in the Domus and really emphasise the exposed stone walls (see photo below). The room looks amazing with candelabras on the tables and suits classical or medieval background music. There are two large curtains by the stone steps which also make a great concealment for your grand entrance into the wedding breakfast and then the first dance a bit later on. The dancing usually stops at about 11.30pm so its worth organising transport for your guests at this point. We often organise an archway or a circle to finish the night in style! 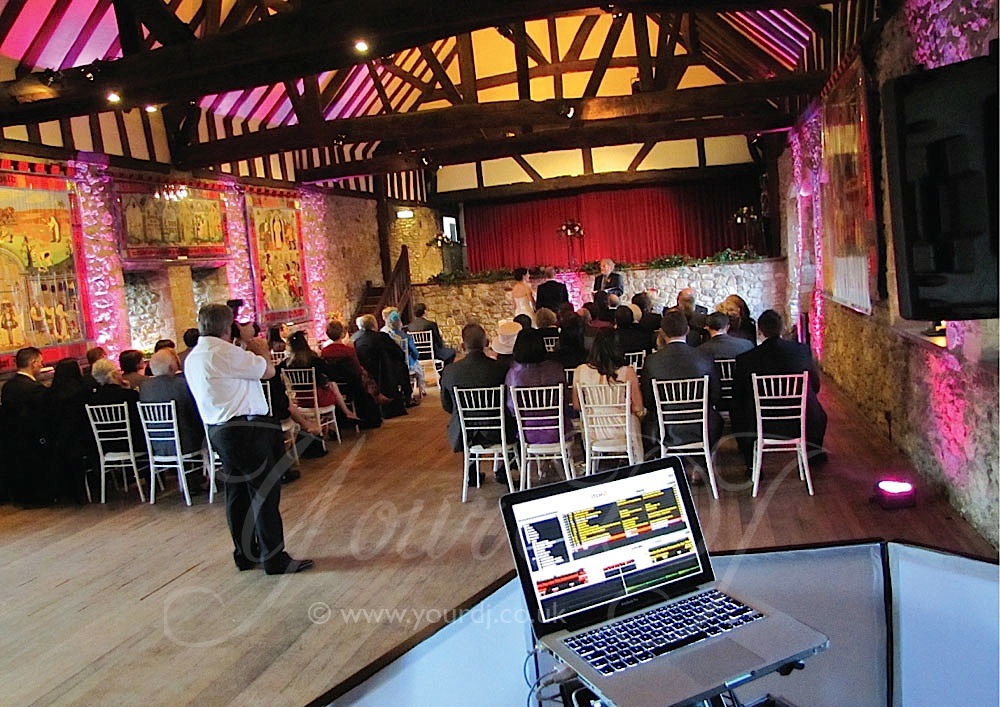 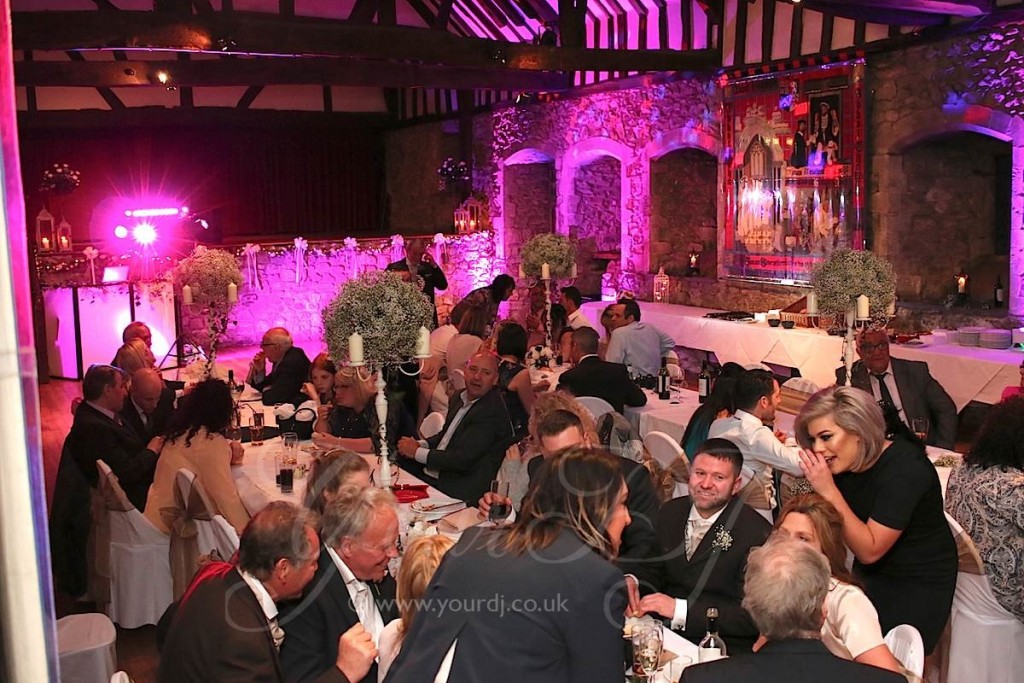 See The Abbey (& the museum restaurant) on Trip Advisor: